Delaware Right to Life, Inc. is the largest, most active pro-life organization in the state. Our principle guides us that all human life is precious and deserving of protection, and we are a no exceptions, no compromise organization. As a 501(c)(3) non-profit organization funded entirely by private donations, we rely exclusively on volunteers to help spread the pro-life message throughout the state.

Our Board of Directors:

Board meetings are held the first Monday of each month at our office in the University of Delaware Oratory at 45 Lovett Ave. in Newark. Time is subject to change. Please contact us if interested in attending.

DRTL* is a 501(C)(3) non-profit organization and cannot specifically endorse a political candidate for office either through media (newsletter, email, phone campaigns) or through financial contributions. DRTL publishes information about candidates’ stances on pro-life issues. We refer interested individuals to www.delawarefamilies.org for their responses to election-year surveys on the life issues. Individual members of DRTL are free to endorse whom they choose.

DRTL is a “no exceptions, no compromise” organization that believes the law should prohibit abortion (i.e., the intentional killing of an unborn child) at all stages of development from fertilization until natural death, regardless the circumstances of conception, and regardless the method of the abortion (i.e., surgical or chemical).

DRTL opposes euthanasia and assisted suicide because they condone killing of the aged, sick, handicapped, “vegetative” and otherwise “unfit” among us. By allowing human beings to be judged solely by their utility, we are all in danger of being deemed “unfit.” We support the physicians’ Hippocratic Oath to “first, do no harm.”

DRTL renounces any scientific research that takes human life in the name of “helping” others. Since embryonic stem cell and fetal tissue research necessitate the destruction of life at its earliest stage, we actively oppose any attempt by the legal or scientific community to support and fund it.

DRTL opposes human cloning, no matter the term used to disguise it: “therapeutic” cloning, “reproductive” cloning, somatic cell nuclear transfer (SCNT), or other scientific terms. DRTL believes life is sacred at all stages from fertilization until natural death and that cloning defies the natural process of human reproduction. Because cloning requires a woman’s egg, it leaves women vulnerable to exploitation and abuse by the scientific community. Because it is the prelude to embryonic stem cell research, it requires a human being be created in order to be killed.

DRTL condemns pharmaceuticals such as abortifacient birth control (pill, patch, injection, IUD) "emergency” contraception, and the abortion pill, RU-486, because they all have the ability to destroy human life at its earliest and most vulnerable stages.

DRTL supports the legal rights of physicians, nurses, pharmacists and other persons to refuse to participate in any health care-related services they believe to be morally and/or religiously objectionable.

DRTL opposes tax funding of all public and private agencies that perform or promote abortion.

*In all cases, “DRTL” refers to Delaware Right to Life Education Fund. 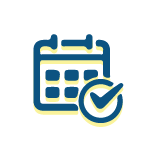 Check out current and ongoing events in Delaware to promote LIFE. 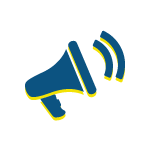 Your participation makes a difference. Click here to see what you can do. 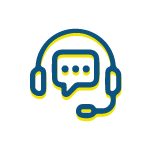 Find out where you can turn if you need help deciding your next step. 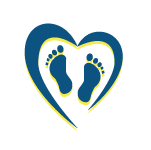 As an all-volunteer organization, we rely solely on YOU for donations.